Our System is BROKEN!!! 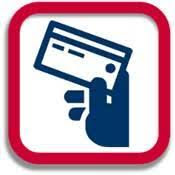 My husband is German/Canadian - I am American - our son is American.  He came to Wisconsin in 2001, went back, worked for a trucking company, running from Ontario, Canda to the US.  We got married in 2004.  He continued trucking, coming home on various weekends then returning to Canada.

His vision started going, so he lost the trucking job and came to Wisconsin.  However, we could never come up with enough money to go through the immigration process, so he could never get a US ID, ergo... could not get a job.

From Bad to Worse

In July 2019, I injured my back again - original injury was from a car accident in 1988 in which I died but was resuscitated.  Due to this injury, the doctors determined that I had  sustained 4 herniated disks in my upper back. My employer at the time - Chartwells - subsequently fired me.

Our landlords (slumlords) in Wisconsin decided to raise our rent from $495 a month to $700 a month and then to $900 a month.   My husband had a friend in Florida who told us that "if you can find a way down here, I have a place for you." So, we sold everything we owned and scraped every bit of money would could get together and made it to Florida.

Once we made it down, we determined that it would probably be best if he went back to Canada to start the immiigration process so that he could be legally in the US.  We had heard that in order to immigrate, one needs to begin the process in their home country and wait until the USCIS (or whoever) gets around to processing their application.

So, he left.  This was back in late November.  I have not heard from him since, nor do I have any idea of where he was going or what he was going to do when he got there.  He also has no phone with him.

Now, when I applied for assistance here in Florida, I was told that they need to go after him for child support.  I do not understand this...  we are still married, he has no income or money. Now, I was under the impression that child support was for people who get divorced.  And, I was also told that, if I do not cooperate (i.e. give them information that I do not have), I will lose food stamps and medicaid (which I need for my back and life-threatening thyroid issues).

Posted by Michelle at 4:51 PM No comments:

Find Out The TRUTH about Trump! 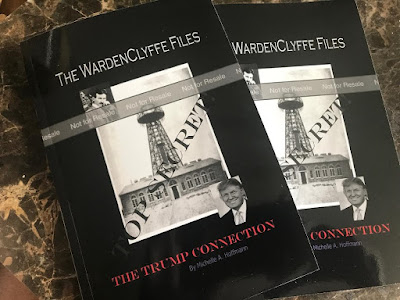 Was Tesla Murdered? If so, By Whom? Why?
What are Trump's REAL plans for Immigration? Foreign Affairs? The USA? What role does the Illuminati play in his plans?

This is a fictional story based on the missing files of Nikola Tesla and their possible relationship to Donald Trump today. Following the lives of Tesla and the Trump family, it offers a glimpse into possible reasons for recent events as well as suggesting that they have been set in motion by certain secret organizations. This is the conspiracy theory to end all conspiracy theories.


Find out in 'The WardenClyffe Files - The Trump Connection'!